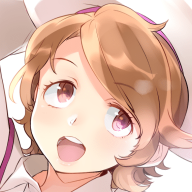 I've been trying to look up information regarding the various 2060 Mini and 2070 Mini models (and now the 1660Ti) and how they compare with one another in performance, heat, and coil whine, as well as power draw. It's very hard gleaning at some reviews/data as they tend to skew towards comparing the full-length cards with their Mini breatheren, but there hasn't been any real ITX GPU head-to-head, especially among different GPU manufacturers, to really formulate a good comparison to go by.

An example would be to compare ZOTAC's brand of Mini GPUs vs Gigabyte's own Mini line (not to mention MSI and EVGA's offerings): The trouble I have isn't just determining is height and width specification would allow it to fit in the case, but if there's any difference in performance, noise, and reliability (a last one being a HUGE factor for me, as I've heard ZOTAC cards tend to not be as reliable as Gigabytes). Not only that, but I've been trying to (re)asses the viability of getting a VEGA NANO too, since I've been trying to see how well this card would stack up against the rest of the pack, but most graphs made by popular sites can get cluttered with information that include full-width cards in the mix.

I kinda wish Hardware Unboxed/Gamer's Nexus/Jays2Cents/LTT/bitwit/NFC/etc. would do some sort or special comparison between these ITX form factor GPUs every once in a while, as I feel it would be quite helpful to those building on SFF cases that were designed to house such cards, like the OSMI/S4Mini/etc. I kinda awanted to see how they would stack up on an "old" card such as the R9 Nano. It would be also helpful for people wishing to do an upgrade, but are limited to just ITX form factor GPUs and a heat threshold/wattage limit.
Reactions: BikingViking11 and owliwar 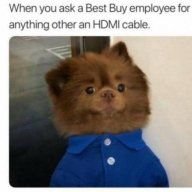 Sounds like a great idea. It's obviously a growing category as we've all seen them come on the market and stay. They're of interest to more than just SFF enthusiasts since they make for an easy upgrade in preassembled rigs too. I do have doubts whether you'd get much feedback on the longevity or reliability, but performance figures would still be useful.

I ran into this same problem when shopping around for which 1050ti low profile to buy. Not a lot of SFF specific review comparisons.
P

I think NFC, Tek Everything, or Optimum Tech would be the most realistic to take this video idea, as NFC is a big name here and TE and Optimum are both pretty damn active in the SFF community. 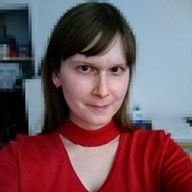 it would be a really interesting video for sure i would certainly watch, like and rewatch! however, one thing can be said about itx cards, and especially those from nvidia, it's that they always usually perform within a few % difference compared to their larger siblings, that's all. everything else is about the specific brand, implementation, size, features, noise, thermals, etc.
Show hidden low quality content
You must log in or register to reply here.
Share:
Reddit Pinterest Tumblr WhatsApp Email Link