I'm thinking about building a sff pc, but not sure which parts i'm going.
The Setup is most likely for gaming.

parts I have in mind:


for cooling i had in mind a "noctua nh-l9a" with a nf-9a pwm fan, theoretically it should have a slightly better Performance than the fan that Comes with the cooler, a Little overclocking should be possible too

my concern about that is that i have no idea about noise and cooling power here. my previous builds all had watercooling, custom and aio

since the 92mm aio for the dan case is not available anymore I think this could be working with the kolink
Last edited: Jan 3, 2019 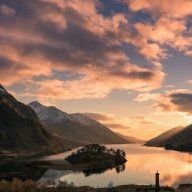 your parts choice is fine,
you might find that cooling in the kolink is hard.
the lh9 is rated to 65 w, the same as the chip, so not much possibility for overclocking, so you need to look for another cooler. the fan might make a difference, but I wouldnt count on it in that case. The DAN alpenfohn black ridge is 48 mm high and has a higher power rating, but I havent tried it yet. Am waiting on the next release.
really you onlly need 16gb ram
good luck
Last edited: Jan 3, 2019
M

the black ridge has a tdp of 95w and probably an issue with that board as far as I can see that, I would have to take off the m.2 shield, not sure how it might affect the ssd temps there, but should be fine with tha RAM

on the noctua page it says up to 95w tdp with the noctua nh-l9a, plus the other fan it might scale a Little
the cpu has a tdp of 65w

then there is a third Option with the cryorig c7 cu, but I heared its incredibly loud

from the Noctua site

"The NH-L9a is a highly-compact low-profile quiet cooler designed for use in small form factor cases and HTPC environments. While it provides first rate performance in its class, it is not suitable for overclocking and only recommended for CPUs with up to 65W TDP (Thermal Design Power). Please consult our CPU compatibility list and TDP guidelines to find out whether the NH-L9a is recommended for your CPU."

In the tdp guidelines, where it gives capability for higher power ratings, it specifically states

"Recommended with good case ventilation only."

I wouldnt state the kolink rocket as having good case ventilation, as i have no experience of it . . . but I wouldnt expect it to be good
M

Sorry my bad, its the AM4 Version:

So you're saying the DAN has a better airflow? I barely see a difference there tbh but I never had any of those in my Hands, so my opinion is worthless here, I can only judge from the pictures

No, I dont have experience with either case, but I would say the difference in airflow is likely to be low, but you were talking about the kolima rocket case, and I was talking abut the DAN Alpenföhn cooler, not the case. The kolima rocket is cheaper so . .. .

The Dan cooler has six heatpipes compared to the nh9 with 2, so it definitely should be better. Its why the blackridge caused a stir, when Dan announced it. They state 95w as its capability, but I am also waiting for one to test. The issue at the moment with that is the production issues on the heatsink/heatpipe interface.
M

i read about that issue, but it should be solved and all new shipped coolers should be fine, stated by EK

sure, but some places are still showing old stock
M

So I just ordere the Dan Case, because there was a deal Dan Case + Black Ridge cooler , 250€

if you prefer/want that case to the Kolink. I personally am waiting a bit to see if they release a fixed version of the black ridge.
I hate sending stuff back

thanks, looks like a very nice deal. might be worth calling and asking if the cooler is old stock or new. They (Caseking) are usually very helpful
Last edited: Jan 5, 2019