Hey everyone,
(TLDR at the bottom)

I picked up a 2nd hand Skyreach 4 Mini, hdplex 400w dc-atx, and Dell 330w brick from r/hardwareswap a couple months ago. When I found out the AC-DC was coming out I pre-ordered it almost instantly. I grabbed an R9 Nano from offerup for $145 shipped because I've always loved the little monster. The Dell brick could not hang with the Nano, it crashed anytime I gave it any amount of load, which is what I was afraid of.

I reached out to Larry, from HDplex, via email to see if he thought the Dell brick or the 400w dc-atx was the problem. After going back and forth a couple times he told me to ship him my current dc-atx and when my ac-dc was ready to do he would send me a replacement dc-atx with it. I did not ask for this, he just offered it to make sure none of his products were causing the problem.

Fast forward.
I got my HDplex 400w AC-DC, and the replacement 400w dc-atx. Hooked everything up and started running some benchmarks to make sure the combo could handle the sometimes insane spikes of the Nano. Everything ran fine until I tried running Furmark. There was a small 'zzzztt' sound from the ac-dc unit and the pc would black screen. I had to hard shutdown and try again. This even happened when I was undervolting the Nano down to 1159mv. This ONLY happened on Furmark.

I reached out to Larry again to see if he had any suggestions. Without me asking about returning/replacement he shipped out a new 400w ac-dc and included a pre-posted return package to send my current unit back to him. I received the new ac-dc yesterday and I'm off work today so I've been doing some testing again. The new unit doesn't give off the 'zzztt' sound and doesn't have any problems at stock voltage with +50% power limit! I have undervolted my Nano back to 1159mv for heat/throttling, and it's running like a dream. Holds 120+ fps at 1080p in Rainbow Six Siege, I just got a new Freesync 144hz monitor but I don't have a displayport cable yet, so I'm at 120hz for now.

This has been a 3 month long journey since I bought my S4M and pre-ordered the HDplex 400w ac-dc. I'm happy I decided to spend the extra money on NFC and HDplex parts. Even with the issues I had, Larry has been extremely helpful and has gone above and beyond any expectations. My current email conversation with Larry has almost 50 emails between the two of us over the past month, the other conversation had about 20. He consistently replied to me within an hour, even when I was emailing him at odd hours.

So I'm making this post to give HDplex and Larry a huge 2 thumbs up. And I want to let everyone know the 400w combo from HDplex can handle an R9 Nano without issue! I know it's a 3 year old card but I love it, and I know there are others out there.
_________

TLDR -> Larry from HDplex is a god amongst men. By far the best customer service I have ever received. If you were to ask my girlfriend who Larry is, even she knows he is truly amazing. The 400w AC-DC and DC-ATX can power an AMD R9 Nano without issue. Here is my full system build: https://pcpartpicker.com/list/Lc6FV6
_________

DISCLAIMER: I am in no way affiliated with HDplex or NFC. I have not, and will not, receive any compensation or benefit for making this post or promoting NFC or HDplex. This post is entirely written by me and was not made under any instructions from a third party.
Reactions: NinoPecorino 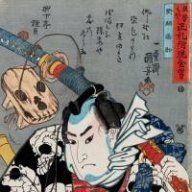 Yea larry's the man. Anytime he ships me something its like he sends it through a secret tunnel or something; shipments arrive quickly.
Reactions: reifnotreef
R

Here's a 3dmark benchmark: https://www.3dmark.com/compare/spy/6903183/spy/6875297
These results are using the same exact settings on everything, undervolted the Nano to 1159mv at state 7.
The only difference between the two is that the higher score had the new/replacement 400w ac-dc unit.

Seems like my Ryzen 5 2400g is actually holding the Nano back.
I

R9 Nano is a bit outdated, but I love the PCB design, especially the power connector is on the butt.
Indeed, we can put power connector facing any direction after some soldering work.
R

iaomw said:
R9 Nano is a bit outdated, but I love the PCB design...
Click to expand...