Need some advice over this build I'm planning. My current one is <https://pcpartpicker.com/list/ddrhhy>, but I'm in need of something more portable for travel (esp. international flights where there's a weight limit of 7kg on hand carry) which is beefy enough to do 3d compositing, rendering, video editing, so on and so forth.

Ergo I thought out <https://pcpartpicker.com/list/xnQN8Y>. My key concern is heat management since I will be stressing out the CPU and GPU quite a lot (and the Vega is a blower card) and fitting the 3.5'' HDD in there, which should be doable with velcro as long as it doesn't block the single air outtake.

Thoughts? Any input would help out a lot, especially since I'm still very much in the planning stages and don't plan on going forward till August.
R

So I'll start by saying I've never built in a Node 202. Also I'm going to assume that this is not a totally new full build and that anything that says purchased is a carry over from your existing one? Otherwise some of those prices seem high.

Anyways, as far as the cooler goes, do you know if the Wraith Spire the Ryzen came with will fit in that case? You may have to remove the shroud but I wonder if it would still clear. If so, you could save yourself some money there and get the same cooling performance. Also consider the Noctua L12S. According to a post here:

one poster says that the L12S just fits inside the Node 202. Since the Wraith Spire is around the same height as L12S with the shroud on, I wonder if it would fit your case with the shroud removed. It (Spire) can also be modified to have a slim fan on top instead of the stock AMD fan which improves the cooling performance and would be a cheaper upgrade than a whole new cooler.

One benefit (or drawback) of the L12S is that the fan is in the exhaust configuration as opposed to intake, blowing the hot air directly out of the case instead of down and around inside. A quick google search will find you a couple comparisons where the L12S outperforms the L9s and gets you a bigger fan.

As far as the GPU, don't AMD generally run hotter than Nvidia cards? I'm guessing you don't want to buy a new card though, but something to maybe consider.

A concern would the durability of the magnetic disk drive in regards to constant handling/moving, being jostled around, taken out of your bag and put on baggage check, picked back up, sat down on chairs, etc. Not sure how reliable long term would be with that drive, but I have no prior experience to pull on here, just speculating.

You'd be correct, modularity is neat when building stuff, and it's great on your wallet. Apparently the Wraith Spire BARELY will fit once the top cover's taken off, and the L9 just cycles around air in the 202 for being too low. Would you say that it's better to have the L12S, since I really like the idea of having it exhaust rather than cycle air in a rig that's going to get ultra-warm anyway once pushed? Stock cooler by all accounts is kind of shit.

The Vega runs quite warm (35-75 C) in warm conditions, toss off 10 C off the maximum temp in colder areas. The fact that it's a blower card and not an AIO helps here as it just pushes air out instead of cycling it around in the very limited room in the case - better solution would be to get a waterblock, but those are USD 160 at the minimum, and then I'd have to watercool the entire thing which might be impossible with a full-length GPU.

Was planning to simply velcro the 3.5'' flush against the case, and apparently shit doesn't rattle around at all, given they're usually 1 inch in thickness (like mine is). Were the Vega not blower, would have wound up blocking one of the fans of them aftermarket coolers. My chief concern there is temps, as it might run very warm under load.
R

So I took a look at the Node 202 more closely. It appears from the design of the case that Fractal's intent was for the CPU cooler to be intake. I say this because they have a filter over the top of the motherboard and the side vent is not filtered.

The 12 would (presumably) intake air from the unfiltered side venting and push it out of the top. Just something to be aware of. It does mean you could remove that air filter for better airflow.

It looks like the GPU is both isolated and well vented on the Node; I'm not sure there's much room for improvement here. Your blower style card would intake fresh air from outside of the case and exhaust it out the back. Not much more we can do here outside of mounting an additional fan on the outside of the case to force more air in.

If you decide on an intake CPU one idea to consider would be replacing the PSU fan with an aftermarket PWM fan wired to your motherboard. Since the CPU intake fan would really be circulating air in an isolated area, using the PSU as an exhaust would remove more of that air. Since the PSU is mounted almost flush with the wall of the case and it has it's own inlet it's doubtful that it would remove much, but maybe it would! I just like playing with airflow ideas like that because it's cool and fun.

Just giving you some ideas to play around with! Don't be opposed to case modding if you have an idea you think will work better; case manufacturers are concerned with aesthetics but if all you care about is cooling you can add more holes and fans and make it better for you.
S

Rado269 said:
>hitting the wall to see what sticks
Click to expand...

That dust filter chokes temps whether the cooler is intake or exhaust, was planning on losing it anyway. And if that filter's gone, seems more sensible to me to go for the 12 rather than the stock cooler - I'll need it if I'm working under any kind of load. Not sure about screwing with the PSU for a little extra air in above config - neat, but little point.

It's the form factor of the GPU that's annoying here - were it smaller I'd just put in a H60i for the CPU and there'd be an end to my pain. But it's not, so I'm worried about temps in that chamber frying the 3.5'' - mebbe put the HDD below to the PSU on its side? It's doable with SSD, but really not sure.

PS. Where did you see the post that said the 12 fit? Page you linked, I just see one dude with the shuriken cooler.

PS.2. After digging through the ocforum thread, found something a lot more to me liking. 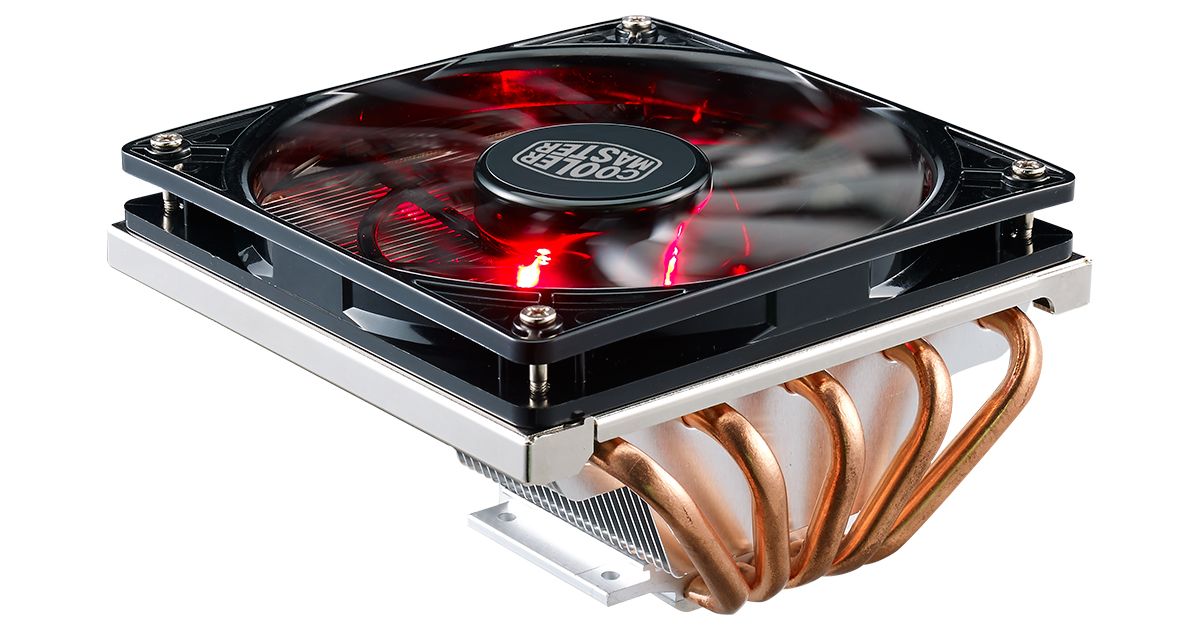 The new GeminIIM5 LED low-profile CPU air cooler packs even more performance into its compact design with a red LED and five heat pipes using Direct Contact technology. This is a great entry-level cooler finds its strength in smaller PC configurations like mini-ITX or HTPC. Not only does the...

Yes - I figured if you want to invest the time, effort, and moolah - you can really do anything to any case you've got. If you're up to the challenge, go for it - pics or it didn't happen. I was wondering - if you're looking for portability, why not look at mini-ITX/micro-ATX compact box cases...