Game Streaming - is it here to stay? 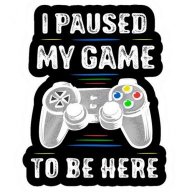 Since I have not found any existing thread, I would like to hear your opinions on game streaming and if you would use such service?

Game streaming is not something new. As I remember, there were several attempts to introduce such services in the past years. I suppose most of us here on SFF.Network love their gaming rigs but from a customers point of view, who just got a generic laptop or small desktop office PC without any GPU, this could be a tempting offering. I tried to nail down the target audience of such products regarding gaming.

Certainly, it is not for people streaming regularly (but I do not see a problem here technically but maybe regarding terms of services). I guess content creators are mostly out of the targeted audience since they need powerful hardware for rendering etc. anyway. But what is with the "regular folk" like 90% of us? We like having our gaming rigs and custom builds mostly just for "regular" tasks and some casual gaming? I guess, if you are one of those who like to play open world games in multiplayer only (Battlefield, Rust etc.) the latency is mostly killing the experience (probably).

Admittedly, I like those games too (DayZ, Rust, PUBG, Squad... you name it) but I tend to enjoy a good singleplayer, simulator, tycoon or rts game more and more and I get the feeling that is exactly the targeted audience.

I tried to do the math too. Using a particular service for $4.99 per month, it takes you at least 8 years (realistically maybe 10 years) to have spent the same amount of money as you would do for a semi decent gaming rig (bought new). That gaming rig is not holding up 8-10 years in most cases without upgrading I guess.
This is of course a very rational way of approaching such a comparison and it is leaving out all of the joy of building a PC or modding one (hobbies are everything but rational ) but I wanted to start somewhere with that topic.

I really want to try that service (the free membership) but I dont want to find myself just using my laptop in the end, only realizing that my PC is catching dust

Maybe it is time for those proprietary "steam boxes" to occur again.

Anyone tried a streaming service yet?
Last edited: Mar 5, 2020

Opinion Piece: Is Nvidia's departure from Android a disaster or a blessing?

N
What to upgrade?