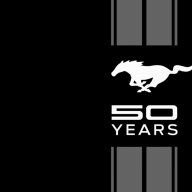 Looking for some advice/people we experience with the Dynamo Mini... Looking to power a system with the components listed in the title (Ryzen 3 3300 is a 6c/12t processor with a 50w TDP per rumors) and the 1660Ti is a 120w TDP card. The Dynamo Mini paired with a Meanwell UHP-200-24 or UHP-350-24 is what I am planning. The system should be just around the 200-215w mark from what I am figuring. Would the Dynamo Mini be able to handle this on its own with the UHP200? I might go with the 350 though for a bit of extra headroom if I can squeeze it into the case I intend on 3D printing.

Honestly you're probably aiming high with that hardware at stock voltages etc. If you can successfully undervolt both the CPU and GPU you can probably create enough headroom to not fry your Mini. 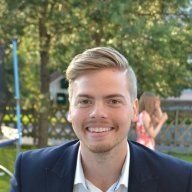 I have a Dynamo Mini and dell 330w brick.
I havent done a lot of testing but I doubt it will run at stock speeds like Kmpkt is saying.

My setup atm:
2400G at stock speeds and with "turbo-boost" disabled in BIOS
Zotac 1660 ti (set at 60% power limit in MSI afterburner and core clock/memory clock at -200/-200)
I just set it to the lowest to be sure its running, as Ive said, I havent done enough testing to find the sweetspot.

The computer shut down while running Wildlands benchmark with 100% power limit.
System drawing around +170w and over 200w while benchmarking at 1440p and ultra.
Sat it down to 80% and the benchmark ran fine, then started playing some Apex. It shut down after about 10minutes.
Didnt check the power draw from the wall at that moment it crashed while playing Apex, but Ive ran some games at 60% with no problem.
Running 60% power limit on the Wildlands benchmark and Apex it draws around 140-170w I think.

Thanks for the comments! Exactly what I was looking for. The problem I have right now is that I have dead space in my current case revision which can easily fit the UHP but not the UHP and 360 board.... Was hoping the mini would be enough but it does not appear to be that way. Unwilling to increase the size of the case so it looks like I am going to have to get creative here if I want to maintain an internal PSU.
B

I think it really comes down to if you're willing to live with undervolting or not. Just wanted to add my experience with a GTX1060 as I found reducing GPU power limits didn't impact performance as much as might be expected - though probably somewhat card dependent in terms of how well it undervolts. I'm using the dynamo mini with a Dell 330W.

I don't think that's going to work. There's enough evidence that a Ryzen 5 1600 + GTX 1060 should play games fine with lower power limits and undervolting, but I'm not even able to even turn the computer on and get the fans spinning.

I've been unsuccessfully trying to underclock and undervolt a Ryzen 5 1600 to even boot with a 1660 ti. I've whittled it down to posting successfully at 2800mhz @ .85v on a Corsair SF450 but can't do the same with the Dynamo Mini 200w. The mobo is receiving power because USB ports come on and the ram LEDs come on, but no fans spinning at all. Removing either the CPU or GPU peripheral power cables will allow the system to turn on, however, the computer is not usable like that.
Reactions: Zackmd1