Motherboard Difference between front and back M.2 NVME connectors on ASRock A300 DeskMini?

You are using an out of date browser. It may not display this or other websites correctly.
You should upgrade or use an alternative browser.
H

Is there a practical or performance difference between the M.2 NVME connectors on the ASRock A300 STX motherboard in the DeskMini?

I will put in one NVME drive, and will probably put it on the back of the motherboard to allow easier access in the future should I want to add a second SSD, since I don't have to remove the motherboard for the second SSD. I would use the front connector if there is a performance advantage to doing so.

Is there an architectural or performance difference between the two connectors, that would make me favor the front connector?
M

If I look correctly both are PCIE3x4 if you use an 3000+ Chip. The backside port seems to be connected to the CPU, so it should actually be the slightly faster one.
But in fact there won't be a difference under normal use. Even if you'd use a 2000 CPU. 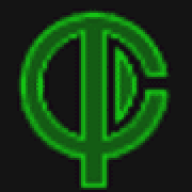 Like @max31092 said, one of the M.2 PCIe slots is a x4 while the other (I think the back one?) is x2/x4 depending on the CPU you use, but yeah under normal use you won't notice a difference most likely.

I'd be a little wary of using the back slot because of thermals. You might be able to put a thermal pad on it and then it can sink heat into the backplate, but I haven't gotten around to trying that yet....