So the topic came up during internal discussion on better ways to denote which threads in the Custom Cases & Projects section were in development versus production.

One proposal is separate sub-forums, and when a project moves from the development/crowdfunding phase to production to move the thread.

Another proposal is to have thread prefixes like the Buy/Sell/Trade sub-forum to show status. For example, [Development], [Crowdfunding], [Production], [Support] or something.


I lean towards the latter, but we'd like feedback from the community on these (or some other idea entirely) so it's clearer when browsing the forum which stage of development the various projects are at.
Reactions: Soul_Est, Lone and Phuncz
Upvote 0 Downvote

tags gets my vote. breaking everything out into sub-forums has a tendency to lead to a lot of (semi)dead forums which in turn just makes for a crap forum browsing expirience

Tags seems like they would need the least amount of mod intervention and management. Overall I think that's the more elegant solution of the two.
Reactions: Phuncz and cmyk78

Ok, unless someone comes up with a compelling alternative let's assume the thread prefixes will be used. Any suggestions for what labels should be available?

My initial thought is at least the following:
DEVELOPMENT: For the initial proposal, design, refinement, and pre-production stage.

CROWDFUNDING: For those cases/projects that do crowdfunding to let people browsing the forum know at a glance that a crowdfunding campaign is currently underway.

SUPPORT: The name could be improved, but I was thinking this prefix would be for projects that are "done" like Project mATX, Compact Splash, or the Lone L3 where it's unlikely there will be any future production runs.


In addition to those core four, I was thinking maybe adding a few extras:

PROPOSAL: To differentiate between threads that are for early feedback on an idea versus projects that are making serious progress towards a completed design.

PRE-ORDER: For groups that go the pre-order route instead of crowdfunding, like NCASE between batches.

And maybe instead of production/shipping, ORDERING or whatever should be used to inform people that the case is currently available to purchase? Because I imagine that's what most newcomers are interested in knowing.

Very good idea, it would help a lot with the "what's up with this project ?" questions. We need to be clear what these all mean, so it's important the tag is as self-explanatory as possible ! Also for our non-native English-speaking visitors ! This avoids people from having to look for the meaning of the tags in a stickied topic.

Though this would mean continued projects like DANcase A4 and Ncase M1, that still see development and updates don't fit into these specific boxes. Splitting these topics into seperate "version" topics would make it harder for users to find the correct topic to post into and would mean a great deal of overhead to the project owners. Maybe add an ONGOING or EXTENDED tag for these ?
Reactions: LocoMoto

Phuncz said:
1. "Feedback" seems a good alternative word to consider, but I'm OK with either
2. "Design" seems like another good alternative word to consider, but again OK with either
3. "Support" can also be interpreted as needing financial or community support, instead of it being in "after-sales support". It would also not convey the message of being "done", that's why I'd suggest "Completed".
Click to expand...

I like your alternates, they better capture the meaning.


Phuncz said:
Though this would mean continued projects like DANcase A4 and Ncase M1, that still see development and updates don't fit into these specific boxes. Splitting these topics into seperate "version" topics would make it harder for users to find the correct topic to post into and would mean a great deal of overhead to the project owners. Maybe add an ONGOING or EXTENDED tag for these ?
Click to expand...

Yeah, since these projects are usually batch production it's difficult since there will be alternating periods of production and not production. 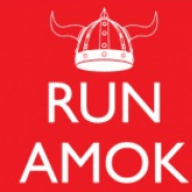 Not every case design is to be sold. So, how do the tags look for someone who is just doing a personal project?

I'd guess this idea is still viable for personal projects, although the tags PRE-ORDER and SHIPPING can be skipped. Though some may also choose to use CROWDFUNDING (expensive prototypes) and PRODUCTION (when it's not one job). 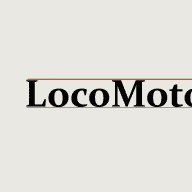 Yeah. Projects not to be sold would probably look something like this.

I agree, personal projects can just skip the middle stages that don't apply.

And I like CONCEPT @LocoMoto, so how does this sound for the initial list of prefixes?
The first two I'm not sure on. CONCEPT sounds good but then it's not as obvious what the difference is to DESIGN.

Any suggestions? And doesn't have to be between those pairings, could be a new word too.
Reactions: Phuncz

Yeah.. the mystery of concept.

I'd say the reason to use it, is because it suggests coming up with the idea, and the road to get there in this descriptive case, not in the sense of a prototype, but finding out what challenges may come up during the designing and development phase, perhaps by quickly sketching up the base idea and having a discussion about it and taking in various feedback to streamline the designing phase where you'll actually start putting effort into every screw hole.
On the other hand I feel feedback is sort of way to general to denote a specific stage of the project.

Question..
Does development include making your prototypes?

Hmm, maybe just use PROTOTYPING for the stage between CONCEPT and CROWDFUNDING/PRE-ORDER?

Because there's a big difference between having a design on paper and actually putting in the money/effort to get a physical prototype made.

I like PROTOTYPING for that stage, however would we put some truly steadfast checkpoints to go from CONCEPT to PROTOTYPING, or try winging for more OPs discretion and lax checkpoints/guidelines on when the stage is being advanced? As different people would have different strokes on going between those two phases.

I'm thinking it's up to OP. We could have a set of suggested milestones but I see no reason to strictly enforce it.

And this stage of development is the fuzziest anyway. Just look at the NCASE LRPC, they got a prototype but ended up scrapping it and going back to the drawing board.

I'd say that's fair, having those suggested milestones and guidelines with it would be good for everyone.
Pre-Order, Crowdfunding and Shipping are pretty self-explanatory.
Production is good although just slightly confusing taken out of context for some third parties.
Completed would probably get in a similar situation to Concept-Prototyping, and by extension Revisions.

Yeah, there's only so much we can convey about the actual status in a single word.

Ideally the first post would be up to date with relevant info, these prefixes are mostly to give a quick status to those browsing the sub-forum.

Ideally everyone would and could read every reply and related post to the project!

However, this is actually a very good idea that would likely have a better effect as time goes by with it in use.

Hopefully more people come and give their insight into this!

And I like CONCEPT @LocoMoto, so how does this sound for the initial list of prefixes?
The first two I'm not sure on. CONCEPT sounds good but then it's not as obvious what the difference is to DESIGN.

Any suggestions? And doesn't have to be between those pairings, could be a new word too.
Click to expand...

I think that there are too many tags in the above list, but I can't think of a good way to cull them down.

Active threads should indicate that there should be something happening with a particular design. Maybe lock a thread if the OP hasn't posted in the past year (possibly with a final mod post explaining why the thread got locked) to keep "bump"/spam posts in hand, too. OPs could request an unlock from the moderators to revive old threads if the OP wants to post new info.

Notwithstanding my first sentence, I'd at least add a tag for "CANCELLED" or "SUSPENDED" or "INACTIVE" or something similar to indicate when, for whatever reason, the project is ended by the OP. Anybody taking up an old project would be expected to start a new thread rather than necromance / co-opt a previous one (see auto-lock idea above).

True, there's quite a few proposed prefixes, but if there's only 2-3 vague statuses to choose from that defeats the purpose IMO.