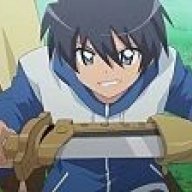 So I needed a replacement for my 10 year old HTPC but am on a strict budget due to COVID-19. The usb ports were going out so it wasn't worth upgrading the graphics card as I have a spare gtx1060 lying around. So I went and bought a cheap Dell off of eBay, but the problem with any recent dell(that's cheap) is they use Flex ATX power supplies that use 8 pin atx power connectors(the older ones used 20 pin). In addition, the PSU does not provide any PCI-E rails to power any decent graphics card, much less a gtx 1060.

A cheap fix to the 8 pin problem is getting an adapter but I ran into another problem. The case is not wide enough to support an ATX power supply. So, using a SFX power supply bracket as a stencil, I marked out the part I need to cut the back of the case. In addition, in order to not choke the PSU, I will perforate the bottom part of the case and add a magnetic dust filter I have lying around. The downside is, I don't have a SFX PSU lying around so I will have to order one.

And before someone says that I can just use SATA power with an adapter, I could not have done that as the original PSU is a 240w so I doubt it would get enough power.
Reactions: Soul_Est 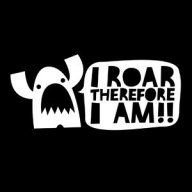 Does the Optiplex mainboard use the standard 24PIN layout? I thought those Dell systems use something proprietary

Aaaah, missread that as the 8pin PCI-E adapter (clicking the link would have helped ). Cool idea though, this would create an actual upgrade path for a lot of those slim Optiplexes.

So, finished up Friday, sorry for the late update.


System works great, probably should have gotten a modular PSU so I wouldn't have the extra cable clutter, but there's enough room for it to not be in the way.

The bottom vent was made by drilling holes in a row. I didn't bother marking it and only used the Dell label as a general area boundary to drill as it is on the bottom, and it won't be seen, so the holes drilled are practical, even if they aren't perfectly straight. Near the end though, I changed drill bits because I was tired of drilling so many holes, lol.

Overall, it was a relatively easy mod, especially since I had a stencil for the PSU mount(and my first real case mod). I cut the mount with a Dremel and drilled the holes on target as much as possible, but the holes were slightly wide on one side, so I had to file them down a little to get it to fit.
Last edited: May 10, 2020

Are the PSU Flex ATX valid for a powerful SSF?