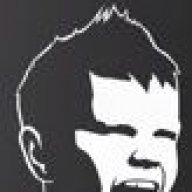 @D10S I am actually doing a similar build.. at least right now. Picking up a Zotac GTX 1080 mini so I will have space in my Dan Case A4-SFX V3 in front of the GPU. I am curious about the process you took to make your own AIO Cooler merging those Rads with a pump/heat block? Stuff like, What fittings do you choose? How to you purge the system? I have only ever bought complete AIO's and never assembled one myself.
Reactions: D10S

D10S said:
The work for phase 2 is then completed, rig performs well,
I can go in OC at 4.4 GHz with good temperatures,
everything weighs 5.3 KG, it's great!
It is not very silent when pushed unfortunately,
especially the pump is really annoying,
fortunately Alphacool has resurrected the Kelvin with a version of it,
which will obviously have its small pump,
which I read around is very silent!
Surely for all those who buy the DAN A4 V3 will be very simple to get such a configuration!

For some movements it is much more advantageous,
x-ray does not look like a bomb as it will seem my AIO!
Then it should also be much quieter, and lighter!
I had ordered a DYNATRON R15 at the end of December, arrived yesterday!
(it was stopped in customs for 1 month, but no one had warned me, they realized it because I called them!)
So now I try to understand what can be done in the air on this little joy!

How did it go with the Dynatron? Did you try also the Cooltek LP53?? 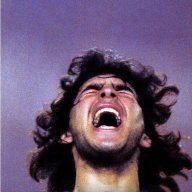 fabio said:
How did it go with the Dynatron? Did you try also the Cooltek LP53??
Click to expand...

B
Saving the best for last (Dan A4-SFX)