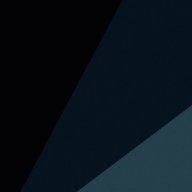 It's done: The all-AMD gaming PC at the ragged edge of miniaturization with semi-custom and off-the-shelf parts. Despite the aftereffects of the mining boom, 2018 is an exciting time to be building. AMD has risen (Ryzen?) from the ashes, semiconductors are getting smaller, cooling technology is better than ever, and 2019 is going to be awesome with Zen 2 and the eventual release of Navi.


This is a work in progress: Ideally, the final product will boast a gray & orange-red Ryzen color scheme. Case: gray; Mobo and CPU cooler: gray; PSU: orange; sleeved cables: gray & orange-red. Once this is done, acrylic side panels with a laser-cut Zen logo would be killer. Thoughts or suggestions on how to improve this idea?


Back in April/May I set out to downsize my SFF gaming rig. At the time I was using the Jonsbo/Cooltek C2, a 12-liter micro ATX case with ATX PSU slot. Even though it qualified as SFF, I knew it could be smaller. Cases as small as 6 or 7 liters can fit an SFX PSU and full-size GPU. Then I discovered the S4 Mini, Chopin, Modivio xCase S, but these all required a compromise, either in the form of an external power brick or iGPU. Eventually, the ZS-A4m and the CustomMOD Flex Mini emerged as competing no-compromise options: internal PSU and discrete GPU in just 4.5 liters. In the end the Flex Mini won out because CustomMOD has a presence here, the case was more customizable, and a PCIe riser and Flex PSU could be ordered all at the same time.
Full imgur album:

Comments on the build and quality of the CustomMOD case:
Overall the case quality is quite good. The side panels fit well, the front I/O port lines up, the powder coat is perfectly done. My main complaints all seem to involve screws and screw holes.
Outstanding issues with the build:
When in-game, the entire computer will sometimes go black and reset/reboot. I think this is a power problem, as the R9 may be overloading the 300W PSU. Undervolting the GPU seems to fix the problem.
In addition, there is a persistent screen flicker. The screen flashes for an instant once every two seconds, even right after POSTing. Does not flicker on the desktop or in most games, but does in some. Cycling to windowed mode then fullscreen mode seems to stop the symptoms until the next reboot. Symptoms and attempted solutions are beyond the scope of this post, maybe I'll post them somewhere else.

Here is as good a place as any to mention AMD's StoreMI tech. I feel it deserves a shout-out, as not many people seem aware of its utility. Basically, it combines an SSD and a larger, cheaper HDD, combined them into one JBOD, and intelligently moves your most used files to the SSD. It's the main reason I sprung for the B450 mobo, as StoreMI is only on 400-series chipsets. It was absolutely worth it. Windows boots in 9 seconds and once I've played a game a few times, its loading times drop measurably.

Thermals at stock clocks and voltages: COMING SOON
CPU stabilizes at about 62C in Prime95 Mixed
GPU hovers around 70 in demanding titles

Future plans:
Thanks for reading! Stick around for Benchmarks and more thermal data, I should be adding them in the next couple days.
Last edited: Sep 16, 2018
Reactions: Soul_Est, confusis, comagoosie and 1 other person 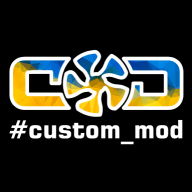 The builder of unique cases ...

Thanks for the detailed article and useful advice! We will continue to improve the product.
Reactions: Soul_Est