This is an offshoot build from a past build log that didn't take off. The case size will be roughly the same, but of a new design. It's a design I haven't revealed yet but I hope would be able to reuse and easily refine from.

As the title states this will be for a Linux system. As I'm finally moving into a Ryzen Raven Ridge system, I've ran across the complication that Windows 7 (the OS I'm currently using) will not run on Raven Ridge due to ACPI problems in the BIOS. I didn't just want to upgrade to Windows 10 so I thought why not try out Linux? It's getting easier than ever to set up Linux and use it for gaming. I've started out trying Manjaro from a Live USB, among other distros, and this is the one I've settled on for my build.

The system will be running native Linux games like Borderlands and Doom, and then later will set up non-native games such as Overwatch.

Here are the specs for the build: 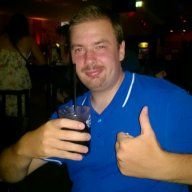 i think you should upgrade your ram to 16GB, because you will use system memory for your integrated GPU.
on the other hand you won't have really high fps rates in the games you mentioned but its playable.

I use for working Linux Mint, because I don't need to be so up to date with my programs.

If you want to play with an Controller you should get an XBox One S Controller because those work over Bluetooth and are useable under linux.

Sounds like fun project. Will watch your experience looking at AMD replacement for my desktop. Sounds like 4.18 kernel is a must. Doom is a chore to load, never got totally thru it.

On the Linux distro choice, I checked out a bunch on my fanless setup. While I really liked the look and feel of Manjaro def in the top few, as a full rolling release it was 500mb to 1.5gb of update downloads everytime I fired it up, got old on lowish bandwidth dsl. Though even mint on my daily driver went to a more limited semi-rolling release model for security reasons a few years ago using more stable app releases. So 10s of mb.

oli0811 said:
i think you should upgrade your ram to 16GB, because you will use system memory for your integrated GPU.
on the other hand you won't have really high fps rates in the games you mentioned but its playable.
Click to expand...

I think it will be fine with 8GB as long as you don't have many other programs running in the background. Video buffer usage still ends up going into the RAM shared with other programs so you just have to be mindful of avoiding graphics settings that would use very much of it. On the other hand, overclocking your RAM would give more performance benefits than just having more of it.

And right now I've been set on Manjaro ever since I saw that there are good guides to set up DXVK and Lutris for non-native games, especially those not on the Steam client. Good to know about the rolling releases, though. I might want to set up a 64GB partition for the OS if that is enough room for it.
Reactions: el01

Log The portaNUC - turning a NUC into a UMPC handheld system