I've been building computers since I was in high school back in the early 2000s, and I've build a dozen or so for my workplace over the last decade, so I know my general way around the building process, but I haven't built a rig specifically for gaming since the Radeon 9800 was the hot shit on the block, so it's been a while since I've had to look past anything other than onboard video and "included" case fans. Because of that, if y'all could give this a peek and give me any creative criticism that'd be most welcome.

After a few weeks of tinkering around with a MicroATX build, I decided to try out equivalent Mini-ITX parts instead and its looking like things aren't going to be a whole lot pricier, so that's what I'm leaning towards.

Sticking with the stock CPU cooler for now, due to the low TDP and overall thermals of the 3100. Even if I were moving to the Ryzen 5 at this point, I'd probably opt for the 3600X as it comes with the better Wraith Spire cooler and is the same price as the stock 3600 for now. For the record, if I were installing a CPU cooler now, I'd probably opt for the old standby, the Cooler Master 212 Evo, as I don't plan on overclocking the CPU.

Going for the ASRock B550 Phantom Gaming-ITX/ax motherboard. I ideally don't need any of its fancier features at the moment, but I'm going for longevity with this build, and I figure if those features give me a few extra years of ownership with my computer that'd be aces.

Going with 3600mhz RAM. The Crucial Ballistix Elite is I picked out is one of the few models I could find specifically noted on ASRock's QVL for memory, and at CL16 we should be good to go.

I was originally planning on doing the classic "small SSD for boot drive w/ mechanical hard drive for data" route but the prices on SSDs have dropped so much recently that there's little sense in doing that in my scenario. (If I decide to transform this into a PLEX server in the future I may throw in a beefy 3.5" HDD though.) I threw all of Crucial, Seagate, and Western Digital's current M.2-based SSDs into a spreadsheet with their read and write speeds along with their longevity, and the BarraCuda 510 came out to be the clear winner in its price point. I was gonna go with 500GB to start and add another 500GB in the future, but the longevity on the 510 (and most modern SSDs, to be fair) that it should last me a decade or more unless something catastrophic goes down.

After weeks of comparison shopping between AMD and NVidia's various offerings I settled on the 5600XT. I just need a card that can do 1080p reliably for under $300 and the 5600XT seems to just fit that bill. Ray tracing and Nvidia's other feature set isn't enough of a selling point for me to sacrifice a bit of performance to go with a stock RTX 2060, so the 5600XT it is. Sapphire seems to have the best cooling solution of the major OEMs, so that's what I opted for. Similar to the CPU, I may wait it out until the end of October to see if prices on the 5600XT or 5700XT drop a bit, but we'll see, I guess.

I settled on the Lian Li TU150 case. It's a bit smaller than the MicroATX mini tower I was previously planning on picking up, but not small enough that it limits the parts I can put into it. Not a fan of the LED/RGB craze, so I'm opting for the model with the aluminum side panel instead.

Corsair SF comes highly rated, and even though 600W is overkill for this current build, I'm hoping its powerful enough to last a few CPU and GPU replacements.

Now case fans are the big sticking point in this build. Noctua seems to be the popular choice, but Arctic also comes very highly rated, and they're offering a five pack (one more than I need for this build) of 120MM fans for $40, which is the cost of two-to-three Noctua equivalents. My big concern is the clearance between the GPU and the bottom of the case and whether or not a fan is gonna fit in there. I'm gonna try to plot out the size of the case and the thickness of the GPU to see if a standard fan will fit, or if I need to opt for "slim" fans for those bottom slots.

If anyone can recommend their case fans of choice, by all means I'm all ears. Additionally, should I opt for "Pressure Optimized" fans for this case, or maybe just for the bottom fans near the GPU? I'm getting lots of mixed recommendations as to whether or not they're necessary.

Finally, settled on a little keyboard that I can use on the couch for TV use, and a standard dust filter for the bottom intake. If anyone has a suggested replacement for the dust filter I'm all ears as well.

Thanks for any help y'all can offer me with this.
M

Quick update. I found this Reddit post and multiple comments are implying that slim fans are practically a requirement with the bottom case fans.

Unfortunately I don't see an option to edit my post to change the appropriate information. 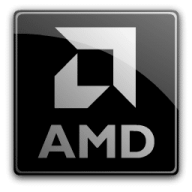 My issue with this case is the holes for the fans intake and exhaust are so small, I feel like they would restrict the flow of air in and out of the case. My thought though is you have 3 intakes, and 1 exhaust, If the exhaust was just open, i bet it would cool fine. But as it sits, I'm not sure.
Reactions: maximumzero