I ran off like a yahoo and ordered a number of parts to build my first Mini ITX and I can't believe my ears with what I am reading.

There were only two choices, none others:

---
Bought the ASROCK, can't get it to boot (POST), I ordered a Samsung EVO Plus 1 TB, it's not on the supported list (unbelievable), and also all other 1 TB M.2's I lookup on the list can't be found on Amazon or Newegg, seems like asrock is ignoring the newer hardware coming out,.

I'm having trouble finding, figuring out what I need to buy to get this thing going. asrock does not have support.

---
I am convinced, that, when going the Mini ITX route, AMD is not the way to go, rather Intel, but the whole point of a mini system is to build a somewhat lower cost, lower wattage system, that I don't get with Intel, and possibly mini ITX, if I must do AMD, then to go with Micro ATX to get more motherboard choices. I question why asrock is still putting PS/2 connectors on their motherboard, any ideas?
Last edited: Apr 8, 2019
A

Just out of curiosity, why are you concerned with the board having a displayport output? The 2700x doesn't have a display controller, so you have to use a dedicated card anyhow. If you are trying to post with your monitor hooked up to the motherboards displayport, you are in for a bad time. Hook up a GPU and give it another shot.


Don't be scared of the B450 boards for mITX. I've used a few, and they are just as good as the x470 boards for nearly all use cases. 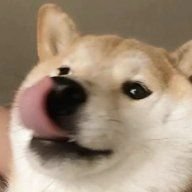 "it's not on the supported list" does not necessarily mean it is not supported. The vendor of the motherboard is not possible to test each and every hardware on the market. Look at those SATA drives available there, and how many of them is on the "support list".

"Ignoring new hardware coming out" is not true for Asrock either, especially in the field of sff. I can't see any ignoring from making an AMD stx motherboard.


And if your board does not post, my first question is that did you connect a GPU to it? Pinnacle ridge CPUs does not have a built in GPU, if you connect a monitor directly to the DisplayPort on motherboard, it should have no image.