NOTE: Due to forum limitations, this re-post of the article does not include as many images. Click Here to see the original article.

Apple announced the newest M1 based Apple Silicon CPUs today at it's only conference; the M1 Pro and M1 Max. Available in their new new Mac Book Pro model laptops, these CPUs represent a substantial leap in performance and capacity compared to the original M1.

The M1 Pro features 33.7 billion transistors. It has eight performance cores and two high-efficiency cores, as well as dedicated hardware for ProRes encoding and decoding. It also features a 16 core neural engine, and a 16 core Apple GPU. As with the original M1, the memory is integrated into the CPU package. It features up to 32GB of ram with 200GB/s of bandwidth.

The second CPU is the M1 Max. At 57 billion transistors, this is the largest CPU Apple has ever made. It continues with the 8-by-2 core structure of the M1 Pro, but boosts the GPU up to 32 cores for a claimed 10.7 teraflops of power. Apple is claiming this is four-times the performance of the original M1. Additionally, the Max version of the M1 has two dedicated video encode engines, and two dedicated ProRes encode and decode engines. The Max features 64GB of 512-bit LPDDR5 for 400GB/s of bandwidth. This will allow video editors who use large amounts of VRAM from the pool of combined memory.

CPU Performance as claimed by Apple is 1.7X the M1 for both the Pro and Max, at 30 watts of power consumption. Additionally, Apple is claiming this is faster than an "8-core PC laptop chip" with a significant performance lead while using 70% less power.

For the GPU, Apple is claiming a 7X improvement for performance for the M1 Pro at 30 watts compared to "Integrated PC laptop graphics" at 20 watts.

No word yet when these chips will leave the laptop space for the Mac Mini, iMac, and Mac Pros.

CORRECTION: I am clearly in need of better glasses because in the corner of the performance claims there are the models of the laptops that Apple tested against. The story will be updated by 10AM EST today. In the meantime, the M1 Max is pushing out performance numbers akin to a desktop 3060ti for graphics at a fraction of the power.
Reactions: Phuncz

where is M1 Pro Max Plus?

joking aside, I don't think anyone would dispute M1 in terms of power efficiency, which is great for mobile devices. But absolute raw power for desktop systems, I just don't see it. 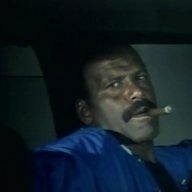 I think there is a lot to be said about the way the Silicon and OS are intertwined. No one expected the Jaguar cores at 1.6GHz to be any good for modern gaming, but developers were able to do it.

I wonder how much better Windows and software would perform if MS made it for specifically the 5950X or 11900k.
Reactions: thelaughingman

Revenant said:
I wonder how much better Windows and software would perform if MS made it for specifically the 5950X or 11900k.
Click to expand...

You won't have to wait long. Windows 11 is built for Alder Lake haha 15-20% performance tax on Windows 11 for being an AMD peasant