Advice on cooling for DAN A4 build

Hi guys, already got a lot of info from here, but looking for some specific advice on a planned DAN A4 v4 build.
I specifically like the DAN A4 because of size, and availability. I live in the Netherlands and can order from Caseking, which has A4 for 200 euros in stock.

The PSU will be a Corsair SF600 which I will receive tomorrow.
For the GPU, I will be re-using my current Sapphire RX 580 Pulse (open design with two fans), until something better with preferably the same or lower power consumption becomes available. No need for power hungry 250W GPUs I think.
The RX 580 is still quite power hungry but I will work on undervolting it properly once it is in the DAN case. There is some room there, but Wattman seems to forget my settings quite often. Need to work on fixing that.

I will be using an Intel 660p M.2 SSD and possibly one more 2,5 inch laptop HDD or SSD. Might also just keep my current 3,5 inch HDD in an external enclosure, anyway, not in the case itself, or I would have to choose something else

My biggest concern is with cooling. I like the Asetek 645LT which is available at Caseking but if I can get away with a cheaper air cooler that would be nice as well.

The options:
Modding stock cooler: probably the worst option but it's an option. I haven't looked for what cooler is included with the different Ryzen CPUs, but if performance is satisfactory for the moment it could be nice to save some money, especially compared to the AIO or the C7G.

Noctua NH-L9a with fan duct: blows against RAM because of AM4 orientation and not spectacular cooling imo. Might be enough for the R5 3600, seeing as it's on 7nm. If it turns out to overclock really well though, it's a bit of a waste. Oh, and the fan duct is one more thing to sort out and get printed.

Cryorig C7 /C7 Cu/ C7G (available at Caseking!). From cheap (30 euros) to expensive (C7G @ 80 euros) and 1mm to spare. Seems to cool better but I'm worried about turbulence noise with the 1mm clearance. Is this resolved with a Noctua fan? Also curious about the cooling performance of the C7G, although it's price is similar to the Asetek 645LT. Certainly has an additional "cool factor" though, graphene on a cooler.

Alpenföhn Black Ridge is only 30 euros as well with the DAN A4 @ Caseking.de, but I'm worried:
only room for 92mm fan because of normal RAM;
fitment issues. It seems it stretches out over the PCI-E slot which is no problem because of the riser card, but then I'd have to remove the M.2 cooling plate, which I do not want unless the M.2 SSD will run cool enough. The layout of my board is similar to the other ASUS Strix AM4 boards, like the X370I Strix or the B450-I Strix
I read about manufacturing problems but this should not be an issue anymore with the new units.

Asetek 645LT. I like this option, but the DAN case is already quite expensive for me, and this adds to it. 290 euros for case + cooler is a bit much, but if this really is the best option for temperatures... I think I would prefer an air cooler, but then I should go for it.
Also curious on how difficult installation is with the updated tubing and the Corsair SF600 cables.

Any thoughts on my current component selection? And which cooler is best for me? I'm upgrading from i7 2600K, 8GB 1600MHz, and 250GB SSD so it will probably be quite an upgrade regardless. I am quite sensitive to noise, so the quieter the better, although that's mainly for idle. If the system is on full load I'm probably gaming and it can produce a bit more noise for all I care.

There are older threads with this question, but they don't include the Black Ridge (manufacturing issues) or the C7G. Or with Intel boards the orientation of the NH-L9a is better. Or the 545LT is not recommended because of the rigid tubing, while the 645LT has fixed that somewhat. You see what I'm getting at.
D

Was hoping for some input, but I do think I'll go for the 645LT. Not looking for turbulence from the C7, Black Ridge looks nice and is cheap on Caseking but not really easy to install with the M2 heatsink compatibilty conflict as well. I can put up some pictures if anybody's interested? Of course I can't start building until next week...
M

deraco96 said:
Was hoping for some input, but I do think I'll go for the 645LT. Not looking for turbulence from the C7, Black Ridge looks nice and is cheap on Caseking but not really easy to install with the M2 heatsink compatibilty conflict as well. I can put up some pictures if anybody's interested? Of course I can't start building until next week...
Click to expand...

Sorry no one ever got around to replying to your post. I'd really appreciate it if you'd post pictures of the build though! I'm planning on doing a dan a4 v4 build with a 3700x, and 645LT as well. So far I just have the case and aio ordered though.
T

I just ordered the same case and cooler at caseking. I wanted to do a cheap build but somehow i keep choosing the more expensive parts.
Reactions: MAB941009 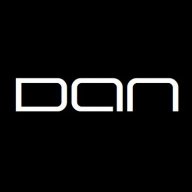 You should be able to tame both 3600 and 3700x with air coolers in Dan A4. L9a gives you just a few degrees more cooling over L9i but you'll lose intel cpu compatibility. If you want more headroom for cooling you may go with C7 and replace the fan with a Noctua. By doing this your cpu temp will rise about 2-3 C degrees but it will run quite. (if you buy C7 Cu you may tolerate this part also. G version is more expensive and somehow does not offer better cooling than the Cu.)
M

Do you believe that a 645LT would cool the 3900x sufficiently well? I ended up going with a 3700x + 645LT, just curious about your opinion.
Reactions: jrkd
J

I'm interested in this too RE the 3900x -- Currently thinkin I'd need the black ridge + 120mm fan & VLP ram like this, but the VLP ram is not something I know anything about, which makes me very anxious.
B

Would you run the l9a fan on intake or exhaust? Assuming if you ran on intake you would have two bottom case fans (v4.1) and run those both with exhaust.