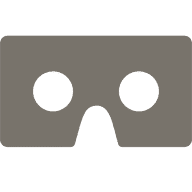 A couple of weeks ago, I got my first custom case in, designed to have very strong cooling capability, in order to run a mid-range system completely silently. You can see the details here.

However, I am also testing and investigating the viability of an ultra-portable video editing/rendering rig. This case isn't 100% ideal for it as it is, but it does work quite a bit better than I expected.

While the first setup was meant to be silent, this one is completely no-holds barred, in terms of noise level and performance. The CPU was pulled from a rendering rig, and the rest is sort of thrown together with existing parts, so the SSD & memory are a bit below par, but still good enough as placeholders. It consists of:


The setup is about as extreme as you'd expect; loud, ugly, hot and power hungry. During nothing but the CPU-Z benchmark, which is lightweight compared to Prime95 and actual video encoding, etc, the system draws a whopping 550W from the wall, past what the PSU is rated for. CoreTemp indicates about 285W for the CPU, which isn't delidded. Nevertheless, the H90 handles it like a champ. It barely touches 90C despite such a brutal load. With the CPU at stock turbo, I have yet to see it go far past 60C.

The video card technically does not fit in this case...I had to remove its shroud. I replaced its fans with 2 high performance Delta 92x25mm ones. The fan swap resulted in about 4-5C lower temps and 30MHz or so more on the GPU. Nothing earth-shattering- the stock fans are surprisingly powerful, if not annoying. With the GPU loaded, the system pulls about 415W from the wall.

It's a promising start for this design, but it needs tweaking. The most obvious weakness is the PSU. With the CPU & GPU running full bore, it'd probably bring even some 750W PSU's to their knees. The case design technically has space for an SFX-L PSU, at the expense of GPU clearance, but the mounting is setup for FlexATX. This should be fairly easy to remedy with removable panels.

The liquid cooling is annoying to fit, but somehow not as annoying as I expected. Nevertheless, folding it on top of the motherboard like a heatsink isn't ideal. The main goal of the case is to accommodate strong heatsinks, like the Cryorig C1 and Raijintek Pallas, but the space needed for them also happens to be sufficient for a 140mm AIO, which is, frankly, leagues above them. Ideally, the radiator would go either where the GPU or PSU are to make routing the tubing easier, though that'd require a redesign.

Theoretically, even a 2x140 rad could fit, if the GPU were liquid-cooled as well.
Reactions: CC Ricers, dealda, aquelito and 3 others

hey man, gotta ask, cos I'm going to do your "stacking the rad and fan on top of the cpu block" thing too, but are none of those fans mounted onto the case? The 92mms in particular look like they aren't mounted onto anything at all.
N

I used both Deltas and Arctic F9's (which are comparable to the Noctua). With the latter, yes, OC'ing is very difficult, which is why my final Time Spy score is at stock. The noise level is nice, though. The Deltas are, as you said, completely the opposite. Very loud, but somewhere around 15-20C lower. I used them just for experimentation, as they're too loud to be usable.

Honestly, the stock Zotac fans are very good. The only problem is the minimum RPM which makes the card very annoying.
N

Gautam said:
I used both Deltas and Arctic F9's (which are comparable to the Noctua). With the latter, yes, OC'ing is very difficult, which is why my final Time Spy score is at stock. The noise level is nice, though. The Deltas are, as you said, completely the opposite. Very loud, but somewhere around 15-20C lower. I used them just for experimentation, as they're too loud to be usable.

Honestly, the stock Zotac fans are very good. The only problem is the minimum RPM which makes the card very annoying.
Click to expand...

I found a workaround for that using a bios flash:
Credit: https://smallformfactor.net/forum/threads/alternate-rom-for-zotac-gtx-1080ti-mini.9368/

You get 0RPM mode with this ROM, but really it unlocks the fan curve completely so you can do whatever fan curve you want al the way down to 0. And the most important thing is you don't lose HDMI audio functionality like others have reported when trying alternative ROMs on this card.


And just to post my own results. I'm settling for a .925v (stable) undervolt @ 1823 Mhz and it holds there all the way up to 84C. Using max 80% RPM (~1300RPM) with the nocuta, underload I'm seeing about 75-77C. But I'm playing around in a 5L Flex ATX build, so everything is VERY close to each other so heats are definitely "shared" in the tiny space.
Reactions: Gautam