My first ever mATX build. I found this case for $106 whilst browsing for some Scythe Hachi 80mm fans for my Velka 3 and was intrigued. According to the product listing, the case "Does not support discrete graphics." Ok, hold my beer.

This took a bunch of research, several rebuilds, custom case feet, and a new side panel, but now I have a sub 7-liter case with 64GB of RAM that smokes my current HTPC (Dan A4 with a water-cooled 1080ti Mini and 3900). A summary of the parts and particulars follows:

Case: I have no idea what this case is called. According to the product page, it is a "MATX aluminum alloy side transparent mini personality desktop small case color cold light ITX aluminum chassis" and I believe I am one of two people to have ordered the case. Overall, the build quality is fine and somewhat similar to a Metalfish S3. Why they decided to have the GPU slot over the CPU cooler rather than make the case in a sandwich style layout is beyond me, it could have easily accepted an L9a and accommodated a Zotac mini-sized card without loosing much to thermals. But I'm not a case manufacturer, sooo....

The case has bottom mounts for three 50mm fans (3x Gelid Silent 5s were used) and the front of the case takes a 92x15 mm fan. I used an RGB fan from a MasterAir G200 but had to sand the frame down a bit to wedge it in (motherboard was too long for the case's standard but I wanted, nay, needed those extra two DIMMs).

Motherboard: Oh man, the world of mATX boards is the wild west. The case accepts a stated maximum size of 244x205mm Flex ATX boards, which generally only support two RAM slots. After some eyeball math and a quick jaunt over to the SFF Master List on r/sffpc, I found the B450M DS3H WiFi. This little budget 244x215 gem was $105 shipped, came with onboard wifi and Bluetooth (a rarity in the mATX form factor I found out.), and for the measly cost of 10mm of clearance gave me those sweet sweet quad DIMMs. It also supports Ryzen 5000 after the most recent bios update. So overall, really really good for a budget board.

Not entirely sure I'd run this VRM with an R9 and only has two fan headers, but some fan extensions and the much tamer CPU made everything work just fine.

CPU and CPU cooler: Managed to snag a 5600X from my local MicroCenter around Christmas and was initially going to use a L9A Chromax, but that put the fan riiiiight up against the back of the GPU and made a bunch of annoying turbulence noise. So I got the IS 30 to get as much of an air gap as possible and tossed the Noctua fan from the L9A on it. The CPU is run on Eco Mode (60W) for thermal reasons, but I'm still getting boosts of 4.6 Mhz so not too bad. Some Kryonaut and a Noctua backplate to flavor, CPU maxes out at around 77-78C while under load. Not insanely great, but considering that the GPU is parked directly on top, I can't complain.

GPU: One of the smallest 3000 series on the market. Managed to grab one on eBay for $550 (not great but not bad). It is undervolted to .950 Mhz with a clock speed of 2020. Stock fans are a bit loud, might replace it with some Noctuas, but fine for the time being. The RGB vertical riser I used died during testing, so that's a huge bummer, but oh well.

Storage and RAM: Just went with whatever RGB things I could find. RAM kit is overkill, but what's the fun in making a super tiny RGB mATX without a little bit of excess. Everything is super snappy and I generally really like the way it looks.

PSU: GeeekStore modular Enhance 7660B with a Noctua fan mod. Pick it up for the Velka but it didn't fit. The base model is the best Flex ATX PSU available and the modular cables were a lifesaver for cable management. I might have to take another pass at that, ran out of zip ties after my last rebuild, but that's why I got the grey side panel
Reactions: dealda and rfarmer 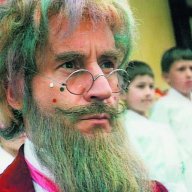 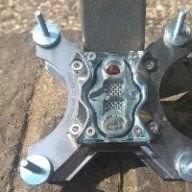 Nice build do you have a link for the case?

edit: found it
The case looks perfect for these cheaper downsized matx boards. Or a x99 board like this.
You could probably also fit 2 40mm under the IO shield.
Last edited: Jan 21, 2021
D

as an update, I ended up swapping the internals around and am now using it with all the same parts, but replaced the CPU and GPU with a 4750G and an IS60 EVO RGB. The CPU in the build above was running way too hot for its own good behind the GPU. As a fun aside, turns out that gigabyte b450 boards do support renior despite saying they don't
Reactions: dealda