I have been trying to find some answers to a few questions, I have searched ncase section for an 3950x build, and M1.V6 thread for radiator thickness details but unable to find them.

I have built various custom loops in the past but this will be the smallest form factor I've worked in.
1st question is: what is the maximum radiator + fan thickness in the bottom position.(So befuddled this hasn't been asked/answered before, or may be my forum-search-fu is weak) Since the cooler/fan/heatsink on the GPU will be removed I guess you can assume this will be a single slot GPU. The waterblock for gpu thickness is 16.5mm, add another 5.5mm for card itself, it will be 22mm.

2nd question is not directly related to case itself but curious about if anyone did a similar build and what kind of temperatures they are getting. I know optimum tech made a build like this in M1 but he is air cooling the GPU.
I am curious if I can get away with bottom rad + a small back radiator. 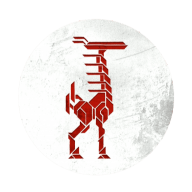 i'm currently in the process of building a similar setup. It depends on what waterblock you'll use but the EK Classic series is the thinnest block (16.4mm) out there as far as I'm aware. With that, you should be able to fit a 30mm thick rad with slim fans, or an ultrathin rad (e.g. XSPC TX240 which is 20.5mm thick) with 25mm fans. I'm going with the latter one but still waiting for my parts to arrive. I also plan on using a Nemesis GTX 92mm rear radiator, which is 54mm thick. That should be enough to cool my 9700k and 2080 Super but I guess your CPU and GPU will put out a bit more heat.
K

Hi, I did lots of asking around and some research, 30x240 rad + 92mm won't be able to cool the system, It might keep it in workable levels with may be undervolting the GPU. I guess I'll need to bump up my case size and go for cerberus.

edit: oh and if this setup works it will pretty much run fans at full speed under load so probably not worth it

On the bottom forget about using a 30mm rad because then, the fans will be too close to the gpu and they will not suck enough air so that rad will not be working. I´ve used both a 25mm rad from the eisbaer LT 240 and a 20mm xspc tx240, temperatures were better with the xspc rad because there is more gap and the fans can actually push air through the radiator. Outside of the box I made some comparisons between the two radiators and I didn´t found any difference, so I guess the difference is because of the limited airflow with the 25mm rad. In both scenarios i was using 15mm noctuas, not 25, they wouldn fit, no way, don´t even try it. Maybe if you search for the 12mm scythe fans you can put a 30mm rad, but I doubt air will flow as intended...

While gaming far cry 5 and metro exodus, the card gets to 54-58 degrees and the cpu it depends, on metro not more than 52 degrees, but in far cry it can get as high as 60) Take in mind that while I game, both fans and pump don´t go as fast... they usually stay at 3.000 rpm for the pump and 1600 rpm maximum for the fans, and they run more like 1200 rpm when runing metro exodus.... this is because the four fans spin realted to cpu temperaure, so they spin faster with games that use the cpu a lot like far cry, or in synthetic benchmarks. For this reason on metro exodus, the gpu tends to be a couple or four degrees hotter.

One thing a bit special about my rig is that I´ve put a HW labs gtx rad on the side of the case, its a 60mm rad and two noctuas nf-a 25mm thick. It´s been quite hard to do it, and in order to achieve it I had to mod my psu casing, removing the fan on the psu, and chopping the case, so now my psu is 44mm in height instead of 63 (more or less) and doing that.... plus some work with tubing, cabling, and so on... it seems to be working fine. Also my cpu block is a ekwb velocity (just because its very thing and other would interfere with the fan on the side) and on the gpou also has a EKWB block. To be honest I guess you would get similar temps with a gts rad, but you know... always want more.
Reactions: redrivera
K

Hi paulesko, thanks for the answer, 3950x + 5700xt is should be very very close on thermals so this is actually really helpful.

I can live with the temperatures you mention, no problem at all. But slim fans and higher RPMs might produce a bit more noise than I bargained for. One thing I don't get about your system is the HWlabs rad you added. is 60mm its thickness? Does it reside at the back of the case in 92mm fan slot? Do you have a single picture from your setup?

The HWlabs gtx radiator I have is a 240mm one on the side of the case. This is why I day that in order to mount It I had to mod my PSU to make It slimmer. Now it is a passive psu. Sorry if I didnt explain myself properly but english is not my native language and also I dont write in english a lot.

I'm not ar home this weekend, but will post pictures on monday so you can see the room you will have.
K

your english is fine don't worry about it I understand now anyway. 240mm on side.

Well, here I am. Take in mind that the build is not finished as I have yet to make a custom 3d printed case for the psu because it´s not a good idea to let it stay like this for much loinger than two weeks or so...
Take a good look at the pictures, and notice that hwlabs radiator (this applies to both gtx and gts are too high and rubs gainst the case on the top, and the fittings of the gpu at the bottom. Other rads with lesse height will have more room in this regard (there are pics showing the rubbing) I also bent some fins of the rad in the process... the case is also not like new theres been a lot of work on my side tyo fit all this, and I´ve made lots of test with diferent parts...

More important things... my psu is sfx-l and is a very tight fit with the gpu, it, puses the gpu a bit, this is the main reason I made myself a 24 pin custom cabling, so it doesn´t push that much. Also with the bottom rad, I couldn´t fit the usb-c cable, theres literally no room there for it to fit. There is a pic where you can see that the room left between the gpu and the fans when using a 20mm rad and a 15 mm fan is just the with of a USB connector, very very little room there, I wouldn´t put anything thicker.

And well, that´s all, ask me anything you find confusing or that I haven´t explained.


P.s. take in mind that all the psu thing is not definitive, I´m aware how it looks with al the tape and everything, but in order to do thisd I had to desolder all the EMI filtering at the first stage inside the psu, then resolder it, put a new cable, which is so-so done... I know I know. I´m still thinking if I should use a sfx psu so the lateral fans have more room to breathe, but also the hetsinks inside the corsair sf 750 are tiny and when I tested it, it runs hotter than this silverstone when I don´t use a fan... that´s the main reason I am using this psu, but I don´t know if it was the right call. I have to try with the other psu without fan, and see if I get better temps so I know if using this bigger psu is blocking the airflow too much or not.